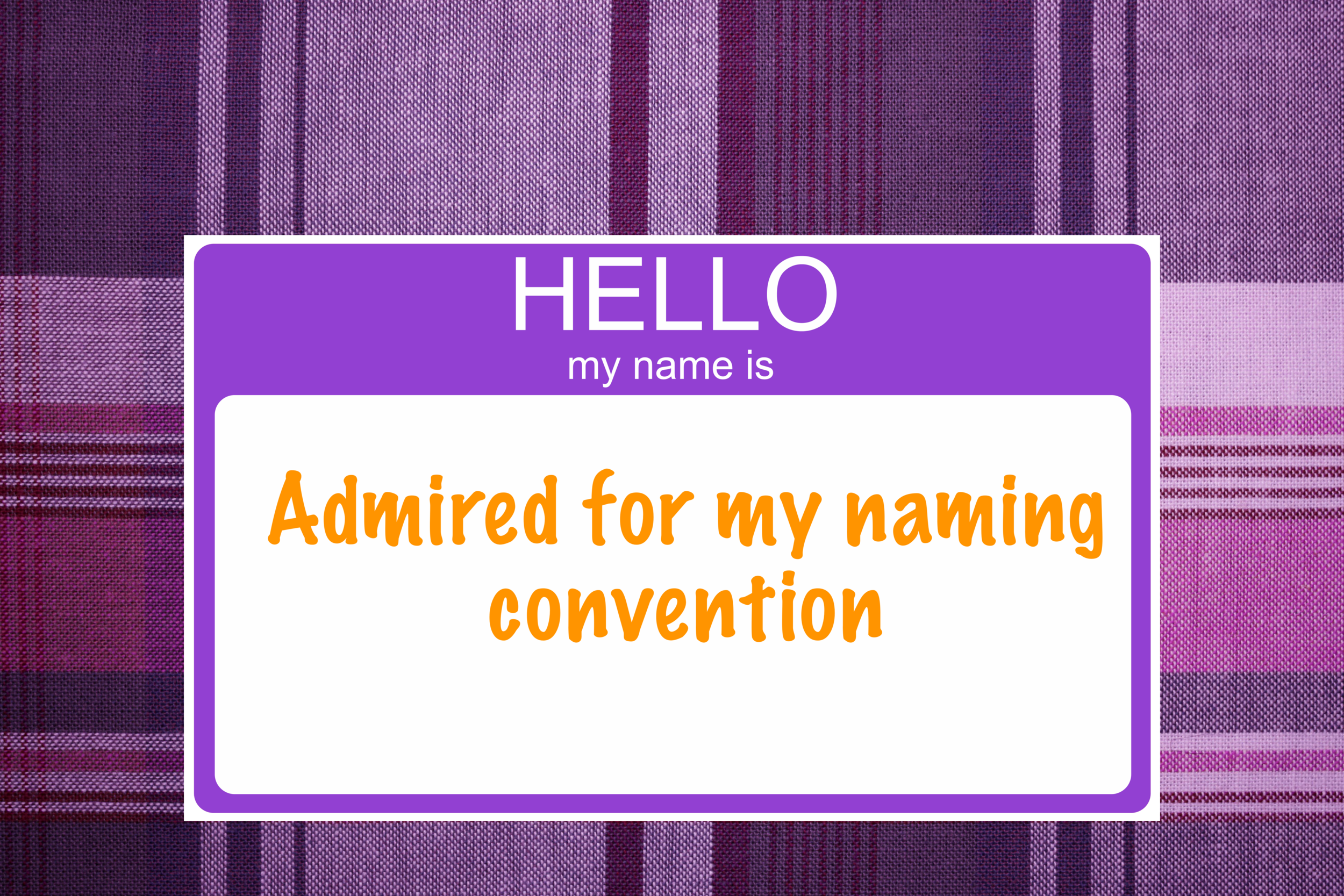 In all non-linear editing systems, you have the freedom to name your projects, bins, sequences and other assets whatever you want. If you want to name everything “Untitled 1”, that’s your prerogative—but you’d be surprised how much your work can benefit from a carefully constructed system for naming.

As a freelance editor who is regularly called in to work on other people’s edits, I know firsthand just how confounding and frustrating it can be to decipher someone else’s work. Having a consistent naming convention in place will not only help you stay organized, but other editors who work with your projects will speak well of you for years to come.

Before I became an editor, I built databases for a living. In this line of work, I learned the importance of the name you give something. Creating a naming convention was not just another fun way to be anal-retentive; it was crucial to help navigate an ever-growing project.

The first time I opened an editing project, I saw folder structures, rows of assets and columns of information about those assets—I realized that my previous job and new one actually had a lot in common.

As editors, we’re essentially building databases from scratch every time we start a new project.

Over the years, I have developed my own unique system for naming that helps me stay organized and communicate my workflow to others. A naming convention should make it self-evident where to find something, where to put something and what to name new assets as they are imported. Here are a few key ideas that will help you create your own.

Probably the worst time to devise a naming convention for your edit is while you’re actually editing. You will make hasty, careless decisions and then need to change them later on. The best time to come up with a system is just after you have finished a project. Look at your process and find places where a naming convention could help you improve your workflow next time round.

One of the most common issues I encounter when I open someone else’s work is sequences named something like “StarWars_15”. Is this a 15 second cutdown of a longer edit, or version 15? If it is version 15, is that the most current version, or should I go looking for version 16 elsewhere? Or is the latest version now called “StarWars_Final_01”? Your naming system should make it clear what you are trying to say and avoid ambiguity. In this specific situation, I would recommend using “v15” for the version, “d15” for the duration, always keep the latest edit in a bin named “Current” and NEVER name anything “Final”—that’s just asking for trouble.

While most operating systems and NLEs will allow as many as 255 characters in a filename, it’s still good practice to keep these short. Keep in mind that the name you choose will be seen in a timeline or a column in your project panel, and both tend to be short on viewable space. Rather than frequently resizing and reshuffling the layout, it’s better to choose short, easy-to-read names. For this reason, I try not to exceed 20 characters and prefer not to use all uppercase (yes, even for bin names), which takes up more real estate than lower or camel case.

By default, everything in your project sorts by numbers first and letters second. Use this to your advantage when coming up with a naming convention. All my root level bins have numbers at the start of them with leading zeros, so “09” comes before “90” and not after. All my backups begin with the letters “zz” and end with the date in reverse “yymmdd” (e.g. “zz_Transformers_070612”) to ensure that they sort to the bottom of any list.

This is a naming convention often used in programming and database design. The basic idea behind it is that you add letters to the beginning of a name to indicate its type and purpose. These letters can also be used to force a specific sort order in your project. I find this is great for things like sequences and titles, which can be used for different purposes. The above example of my naming system for backups is a form of Hungarian notation. I also use “zs_” for selects and “zn_” for nested sequences. The only sequence I don’t use this for is my main edit—that way, it always sorts to the top. This is helpful when I want to check the usage of a particular clip in my project, as you’ll see from the screenshot below. Everything is sorted and grouped in a logical order that’s quick and easy to understand.

I’m not talking about the mafia boss or the supervillain in your film, but rather, non-alphanumeric characters such as / \ . , [ ] { } ( ) ! ; " ' * ? < > |. These can be reserved for special purposes on different platforms, for instance, the forward slash is commonly used as a directory separator. Illegal characters are best not to be used in any filenames. Personally, I limit my own naming convention to letters, numbers and the underscore. I don’t even use spaces.

If you change your system midway through a project, it’s about as helpful as not having a system at all. This applies even when the name of something actually changes. When I started editing a feature documentary about red wine in Bordeaux, the film was called The Fine Wine Game, so I named my project file, “WineGame.prproj.” Halfway through post-production, the title was changed to Red Obsession, but I kept the same filename throughout the entire process.

If you’re one of those editors who loves to be organized, this can be a difficult idea to accept, but it’s a very important one: You need to scale how much time you spend on organization to the size and turnaround of your project. A six-month edit with 100 hours of footage requires a lot more attention than a 15-second promo due at the end of the day. On these smaller projects, I usually don’t bother applying a naming system to my media at all, only my bins and sequences. You need to identify where naming is essential to the project, and where it will actually waste more time than it saves.

Above all, it’s important to develop a style that suits and enhances your own creative process. Remember to be flexible… There is no singular naming convention that will work for every project—find a system that will benefit the project at hand, not all projects for all time.