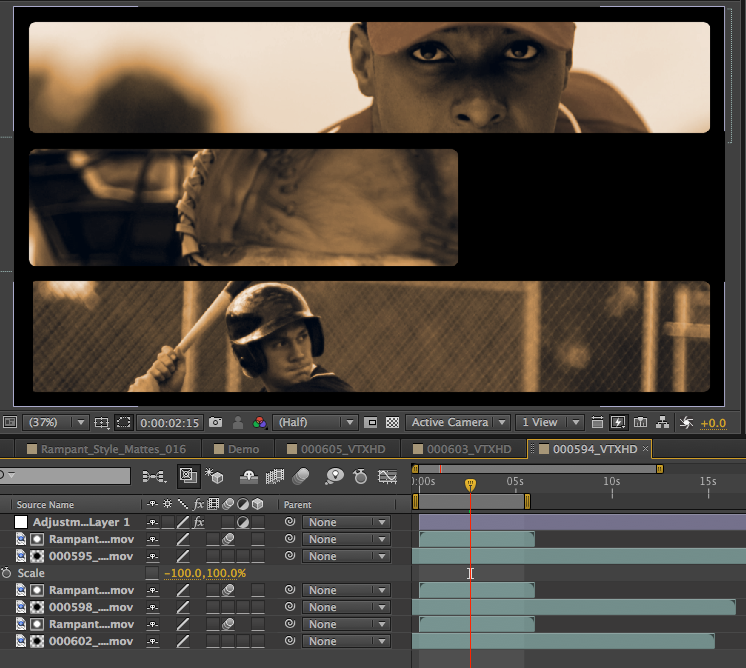 Over the weekend I finally caught up on some of my reading. I know that it's too early in the year to feel like I'm behind, but I digress... A couple of posts stood out for their perspectives on post production and editing trends in 2013.

Oliver Peter's wrote a good piece about the state of the various NLEs and what editors will shift to in 2013. Scott Simmons also shared his thoughts on post production in 2013. The post includes his perspective on NLEs (not wildly different from Peter's), how he sees the market for plug-ins evolving, trends in hardware, and some broader thoughts on the industry.

The most interesting point in Simmons' article was his last one about the state of the industry:

There will be more people than ever willing to produce that video product for an ever cheaper price. Be warned that that group of kids living together in a rented house they are using as their production studio don’t have the burden of a mortgage, healthcare, retirement, sleep and/or kids to consider when pricing their product. But someday they will.

This point that got me thinking about the structure of the industry and the major challenges this presents. The combination of low barriers to entry, shrinking budgets, tight timelines, and the relentless pace of change mean that it's going to be challenging to make a living in this industry in 2013 and beyond. Fundamentally, many of the challenges that I outlined in this piece on the state of post in 2012 are still at play.

Low Barriers to Entry Will Put Pressure on Pricing

As the cost of technology has fallen, so has the major barrier to entry into the post production business. This has happened at the local level, and at an international level with outsourcing / off-shoring.

At the local level, anyone with a recent vintage Mac, and a copy of Final Cut Pro can hang out their shingle and advertise that they can can edit. At the international level, our ever flattening world makes it increasingly easy and cost effective to shift some work overseas. Right now, this is more apparent in areas of the industry that are highly labour intensive like animation and VFX. Over time, collaborative editing tools like Adobe Anywhere will make it easier to outsource editing overseas.

In either case, without established brands or large networks of relationships, new entrants in the market will use low pricing to win jobs. In most cases, there will be a trade-off in terms of quality, but in areas like corporate video production, event and web video, it seems like there are a large number of clients who are willing to make that trade-off.

These low-cost providers benefit from that fact that they can get started with little to no infrastructure, and invest in their business, once they have some cash flow coming in. Some will be successful. Many won't, but there will be a steady stream of people that will be willing to step in and take their place.

Increasing competition will continue to put downward pressure on prices that editors can charge across the industry.

An influx of new talent wouldn't be an issue if the industry were growing quickly enough to absorb it.

While I always take these sorts of 5-year projections with a grain of salt, it's not hard to imagine that there will be relatively low growth in spending on film and television production and that this will trickle down to spending on post. Advertising, which is the other major driver of spending on post production is a bit of a mixed bag.

On the one-hand, growth in spending on traditional television advertising is likely to be moderated by an uncertain economic environment, a lack of obvious external drivers like election year-spending, and budgets being diverted to different forms of online advertising.

On the other-hand, spending on different forms of online video advertising should continue to experience healthy growth. Unfortunately, for existing players in the post production industry, this is probably the area that is most impacted by a glut of low-cost providers competing based on price. Based on anecdotal evidence, many people who are new to web video are more willing than television advertisers to compromise on quality in order to keep costs low as they experiment with new ways of advertising.

Bottom line, growth in spending on post production services isn't going to be enough to offset the pricing pressures that will be driven by new service providers.

While I can't find any firm numbers to support this, I think that people will have to contend with shrinking budgets across all segments of the industry.

Studios are working hard to reign in production costs for their tent pole productions. As many of these films are VFX driven, studios are exerting significant pressure on VFX houses to cut their rates. Although VFX houses may feel the biggest squeeze right now, post production companies will have to contend with studios bringing some jobs in house, contracts being broken up into smaller pieces, and companies being played off against each other in bidding wars.

In the television world, splintering audiences are forcing broadcasters, cable networks and studios to tightly manage their spending. This means that new shows have very little runway to prove themselves before they are canceled, and that big budget hit shows face pressure to keep costs under control and maximize profits. Critical darlings like Mad Men, Breaking Bad, and Walking Dead have all experienced budget setbacks. It also means that relatively low cost lifestyle and reality programming will dominate the dial until we reach some kind of saturation point.

Against the backdrop of shrinking budgets, production and post companies are going to face pressure to do everything faster. The moral of the story is that 2013 will be a year of being asked to do more with less.

All of these challenges are compounded by the rapid pace of change in the industry.

The continuous introduction of new cameras, better hardware, more powerful NLEs, and a plethora of new plugins present a double edged sword. On one side, these tools promise to make it easier to tell better stories faster. On the other side, it's easy to get caught in a cycle of researching and buying tools without getting the time to realize their benefits and generate a return on the investment. Tools will only help you do your job more effectively if you can invest the time to learn how to make them work for you.

O.K., it's been all doom and gloom up to this point. But I'm a believer that there are still opportunities in tough times.

One of the main focuses of this blog in 2013 will be exploring strategies to help you survive and thrive in this challenging production and post environment. I look forward to discussing things like: how to communicate what makes you unique; how to nurture the love of your clients so that you generate more referrals; new ideas on how to make money; and ways to operate your business more efficiently.

We are going to have a great year together!